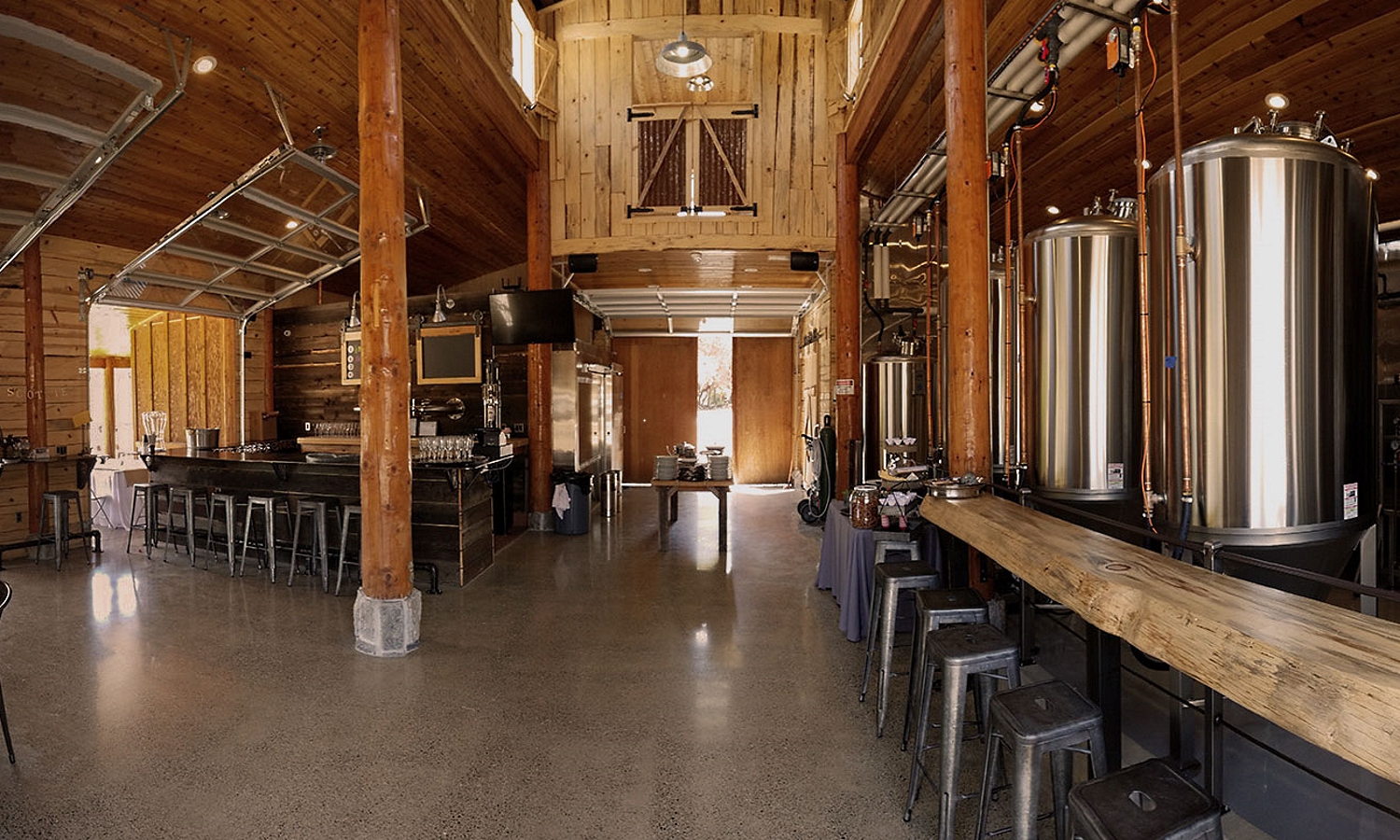 Hillenbrand Farmhaus Brewery is nestled in Newcastle California, 40 minutes northeast of Sacramento, within the Sierra Nevada foothills. They are a small working farm and brewery that use their own land to grow all of their ingredients. This allows them to both serve amazing hand-crafted beers as well as host a variety of family-friendly activities.

PKW: Where did you find the courage and inspiration to start your farm brewery?

HFB: Inspiration: A lot of very successful breweries are setup in ordinary warehouse space. I’ve worked with wineries in Napa for the past 15 years and wanted to build a farm brewery with the same atmosphere and feel.

Courage: I had very little knowledge of brewing beer, so I hopped on a plane bound for Portland to experience the craft beer scene.  It was there that I attended the PKW brewing class [The EntreBREWneur Academy & Brewer’s School].  I came out of the class with the confidence I needed to brew beer and open my brewery. The level of knowledge and support that Portland Kettle Works provided me really gave me the courage to move forward, and I mean that wholeheartedly.   I’m not just saying that for your interview.

PKW: What was the biggest challenge in starting your farm brewery and how did you overcome it?

HFB: Building a tasting room and brewery out in the country was a lot more difficult then what a normal brewery has to contend with, as opposed to just opening up in a space already zoned and setup for commercial use.    Again, coming from little experience in the brewing business, the two challenges were equal:  first, in understanding how everything works in a brewery and how to put it all together, and, second, dealing with all the local, state, and federal entities surrounding the brewery business.  So, on one hand, you’re building a brewery with all of its components, you’re really building a miniature factory, but at the same time you’re dealing with TTB [Alcohol and Tobacco Tax and Trade Bureau], ABC [Alcoholic Beverage Control], the California State Water Board, the planning department, agriculture department, and so on. And in the middle of all this, I was also learning to brew beer. Opening a farm brewery came with the added challenge of having to create a working farm to grow hops, fruit, and keep bees for honey.  To answer the question of how I overcame the challenges, I just put my head down and didn’t look up until it was finished.

HFB: [laughs out loud] This question makes me want to kick myself. I read an article before I opened that was interviewing 20 different brewery owners, and they asked them this same exact question.  Every single one of them had the same answer:  they would have built a bigger brewhouse.  Going into it, I was initially just going to do a 3 bbl system, so I thought I did go bigger with a 5 bbl system, but, in hindsight, the one thing I would do differently is put a 10 bbl system in.  You have to be careful, because there is a fine-line here. It’s really easy to over-spend and over-build. Keeping your overhead low is critical in this business. Its survival of the fittest in the world of craft breweries where we are surrounded with competition and the big beer brands fighting to regain their market share.

HFB: When people drive out to our farm in the country and enter the converted barn/brewery for the first time, the comments they make of the architecture, the grounds, and scenery,  the level of detail, the quality and diversity of the beer, the beautiful PKW brewhouse perched in a stainless steel room, when I hear their comments it reminds me that all the hard work was worth it: that’s success to me.

PKW: What’s your funniest/most memorable moment at the farm brewery so far?

HFB: Actually, one thing that was really memorable for me was an event we hosted; it was a “celebration of life.”  A young man, just 22-years-old, had died tragically in a motorcycle accident. The gratitude that everyone shared with me for providing the venue and beer for 400 people was a very humbling experience. It made me feel like the brewery had a higher purpose, a place where people can come to connect with one another and share good memories. It’s not about the beer, it’s about the people and the moments that are created here.

Next time you’re in the Sacramento California area, it’s well worth the drive to visit Hillenbrand Farmhaus Brewery to relax, enjoy, and taste the beers created with ingredients grown right on the land where you stand.